It's been over a year ago now that I backed the Pebble Kickstart project. I had really high hopes for this watch and was excited to see what it could do. Pebble recently released a big new update to the watch's firmware which takes advantage of iOS 7's notifications and allows you to receive any notification quickly and easily. 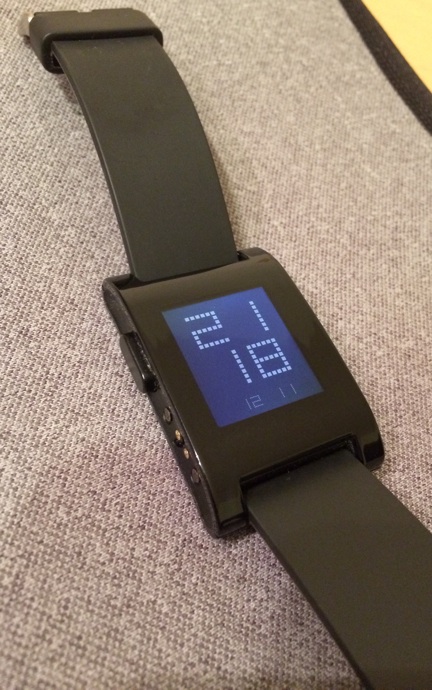 When I first received the watch, I found the overall design and feel of the watch to be great. Putting aside the fact that the watch is meant to be an extension of your phone, it was a really nice watch to wear. It felt nice, it wasn't super flashy and I wasn't constantly worried that I was going to scratch or break it. What I found disappointing about the watch was that the notifications were inconsistent and took a lot of work to function at all. I ended up getting frustrated and put the watch in a drawer for nearly 4 months.

With the most recent update to Pebble's firmware, it's now really simple to get all notifications on the watch. Previously you couldn't only receive SMS , phone calls and email notifications. Now, any notification that is set to "banner" will show up. 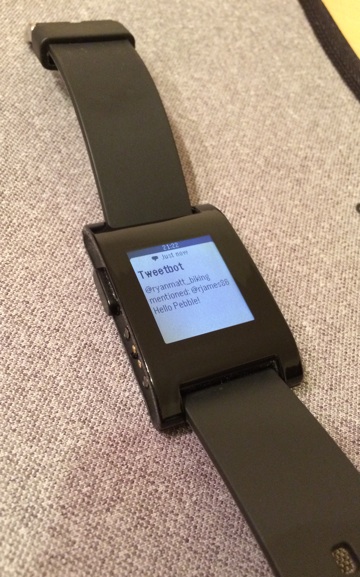 The only downside I've found so far is that even if you have your notifications set to not appear in the lock screen, you still receive the notification on the watch. Since I receive so many emails, I like to only get the notification on my phone when I unlock the screen. Now every time I get an email, my Pebble watch is buzzing on my wrist. It creates a bit of unnecessary anxiety, so I'll have to see what I want to do with that.

Overall, it's a great update. I do find myself wearing the watch more often and am excited to see what other new stuff they have in store in the future.